Making a song and dance about our Carboot

The Sunday Carboot at the Wholesale Market had another reprieve this week - it's to stay open into the new year, which Friction Arts celebrated at the Carboot on Sunday.

Does it really matter what's written in manifestos, and can we believe them? Has the Tory party changed at all since it's beginnings in the early nineteenh century?

We do not believe in untrammeled free markets.  We reject the cult of selfish individualism.  We abhor social division, injustice, unfairness and inequality.  We see rigid dogma and ideology not just as needless but dangerous.

Last week we voted for a West Midlands mayor to lead a new government imposed authority against the will of the people living in it, in the name of devolution.  Yes folks, that's right - and what is more incredible is that the Conservative Party candidate representing the government was voted by us (collectively) to become the new West Midlands mayor to lead the new 'Combined Authority'.

Read more »
Posted by Marcus Belben at 07:59 No comments:

Learning about child refugees and government 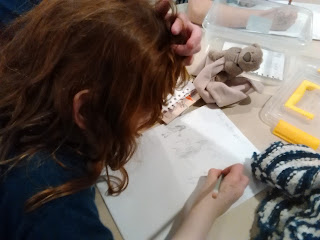 Last week Woodcraft Folk Elfins discussed the Dubs amendment, uncovering the shocking truth about the way our government treats child refugees, and what we can do.

Read more »
Posted by Marcus Belben at 12:49 No comments:

Unity in the Community

I arrived a little later than I expected, having taken a twenty minute diversion along the M6 from Spaghetti junction, but was still in plenty of time for our presentation slot.  I'd read the information sent, but was still surprised and somewhat unprepared for 'Unity in the Community' at the Magnet Centre this Saturday.

Read more »
Posted by Marcus Belben at 20:59 No comments:

Getting closer to World War One in Birmingham

Lance Corporal William Leslie Arnold was wounded in action during the Somme on the 22 July 1916. He suffered a gunshot wound to the right ankle and thigh.  On the 14th August he was transferred to Birmingham and died two days later.  He is buried at the Lodge Hill Cemetery Birmingham, along with 53 other Australians who died in the military hospitals around Birmingham.  His younger brother Francis Benjamin Arnold, aged 20, was shot in the face near the same village of Pozieres the day after William died.  He reached a major hospital in Etaples within a few days, but died from his wounds in France on the 25 August 1916.
Read more »
Posted by Marcus Belben at 14:39 No comments:

Today I was shown around Woodcraft Folk's new plot at Billesley Lane Allotments by Carron and Kerry.

Read more »
Posted by Marcus Belben at 23:42 No comments: